During the periods of severe droughts, in a small Belarusian village, 9 windows would go to the Dabog (Giving God) stone, lift it using the stakes as leavers, and would perform a special prayer to the stone asking it to send down the rain. 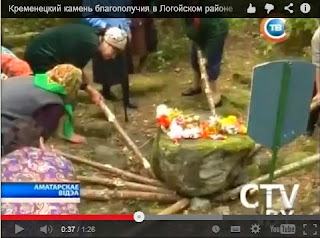 You can read more about this in my post "The last megalithic ritual in Europe". 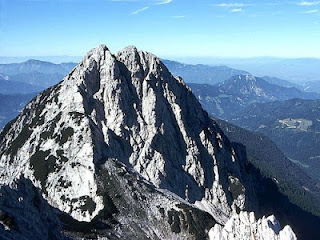 This crag in Slovenia is called "Poljanska baba" and is located on slopes of Mt. Mežakla. 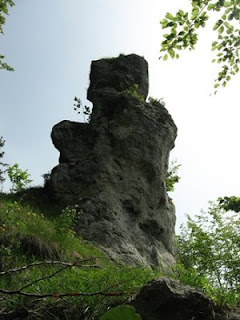 In my post "Yin and Yang" I talked about the Mother Earth and Father Sun and their life creating interplay.

Chines divided all the natural phenomena into Yin and Yang ones:

Yin is characterized as slow, soft, yielding, diffuse, cold, wet, dark, and passive; and is associated with water, winter, north, earth, the moon, femininity, and nighttime.

Shepherd's in Slovenia believed that "baba" stones were linked to weather, water, humidity, mud, soil and fertility and pasture abundance. 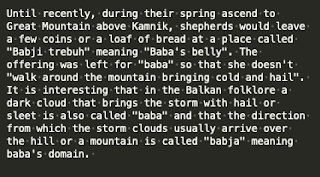 The same veneration of stones related to weather is found on Mt Velebit in Croatia. This is "Malo Rujno" highland plateau on Mt Velebit. 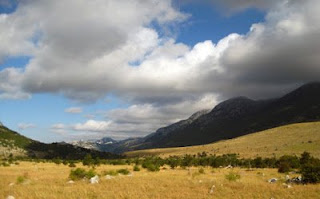 On it there is a stone block which local shepherds called "Baba" (Grandmother). Every spring, on the arrival of flocks to the highlands, shepherd women used to bring food offerings and leave them on the stone, to placate Mother Earth, and ensure the cold and wet weather doesn't come back.

You can read more about this in my post "Shepherds chapels from Velebit".

Now here is something very very interesting. In the article "Nesnovna krajina Krasa" we can read this:

In Slovenia people used to cut special types of stones called "špičneki" or "špičniki" meaning "spikes". These were pointed stones which were placed on the houses or at the garden gate to "word off hail and storm" 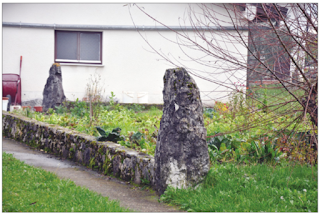 In the village Spiczki (spikes) in Podlasie, Poland, there were stones which people believed controlled the weather. During storms, people would raise the stones to point to the sky for protection.

The same custom was recorded in the village of Turow in Poland. A stone called "śpiczek" (spike) was tilted for rain and straightened to point to the sky for sun

Is this one of the reasons why people erected standing stones permanently pointing to the sky? Did that happen during one of the catastrophic climate changes that happened during Bronze and Iron Age? Culnagrew Standing Stone. Picture by Ciaran McGuckin 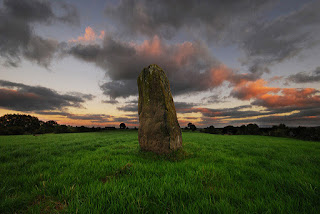 Catastrophic weather event like the early Bronze Age "Flood of Patholon", memory of which was preserved in the Irish oral tradition written down in medieval times. You can read more about this in my my post "Flood of Partholon".