In North Germany, the peasants say, when they hear the low rumbling of distant thunder, "Use Herr Gott mangelt" meaning 'The Lord is mangling, or rolling the thunder.

When I was a kid, I spent my summers with my grandparents. One year, around the 2nd of August, the day of the St Ilija the Thunderer, a late summer storm was rumbling over the village. My grandmother turned to me and said: "It's St Ilija the Thunderer driving his chariot over the clouds. The rolling thunder and flashing in the clouds are made by the fiery wheels of St Ilia's chariots bouncing off the bumpy tops of the clouds". 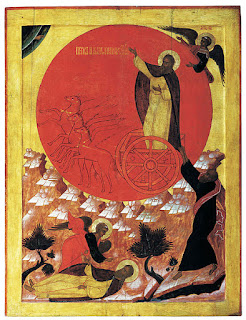 So this would indicate St Ilija the Thunderer is probably the Christianized pagan god of thunder lightning and rain.

But Serbian folk tradition also says that every year St Ilija the Thunderer gets so angry that he wants to  "burn the whole world down". As I already explained in my post "Two crosses", the 21st of June, the mid summer, is the day of the maximum sun light. But it is the 2nd of August the day that marks the end of summer, that is the day of maximum sun heat. And this is the day when Serbs celebrate St Ilia the Thunderer. The period three days before and the three days after the 2nd of August, is in South Slavic tradition called Kresovi meaning Fires. These are the days of wild fires and droughts. These days are also known as the dog days, because these are the days when the dog star Sirius is in the sky with the sun.

But thankfully "Ilia the thunderer" does not burn the earth. Every year, on his day, the 2nd of August, the day of St Ilija the Thunderer, he gets persuaded by his wife, Ognjena Marija (Fiary Mary) to calm down. In Serbia there is a saying: "Od svetog Ilije sunce sve milije" which means "From St Ilija the sun starts getting kinder, milder, gentler". The first part of the 2nd of August is considered summer and the second is considered to be Autumn. And thus every year on the 2nd of August the summer ends and the autumn begins.

How is it possible that the same character could personify the burning sun and the storms?

Well do you remember my post "Sun, Thunder, Fire"? In it explained how modern science has proven the existence of the direct link between the solar winds and lightning. In short, without solar winds there would be no lightning.

When we compare our current knowledge of the development of thunder and lightning with the above description of the "Thundering sun god driving his chariots over the tops of the clouds with flashes of lightning sparking from the chariot wheels", we can see that this is pretty faithful description of what is actually happening during August thunderstorms.

There are two basic types of lightnings:

1. Vertical, cloud to earth (or earth to cloud) 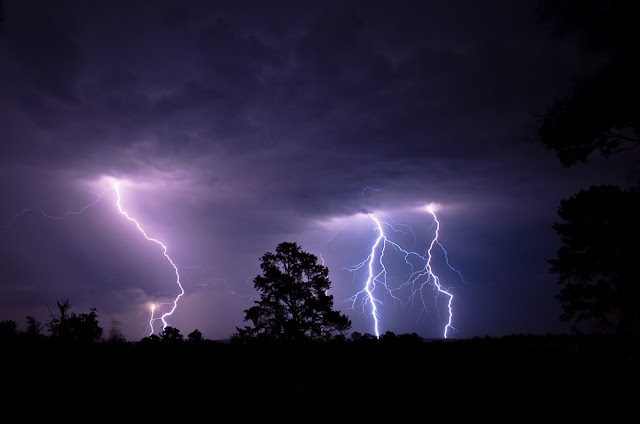 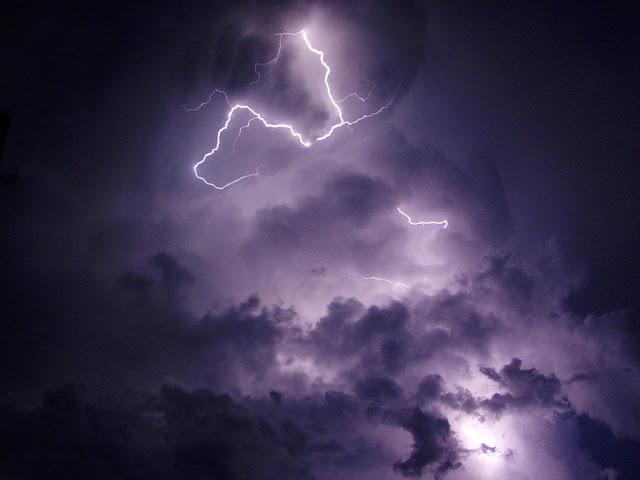 A vertical lightning strike from cloud to earth arrives at the ear as a bang. A cloud to cloud strike can sound like rolling thunder because the bang you hear comes along the length of the bolt.

Belgrade school of meteorology has been conducting 35 year long research in frequency and characteristics of lightning over Serbia.

In Serbia the number of thunder and lightnings is the highest at the end of June and beginning of July, but during that time thundering is very strong and short due to the angle under which the solar wind enters the atmosphere. If there is rolling thunder it is always very short.

On the contrary, the first days of August have the largest number of rolling thunder and lightnings. This is the period of the year when solar wind arrives from the sun under the smaller angle which creates longest rolling time of the solar wind particles over the tops of the clouds. Heliocentric electromagnetic research have shown that due to high speed, particles of the solar wind bounce off the tops of the clouds in the same way a flat stone bounces of the surface of water. Every bounce causes a sound effect in the shape of thunder and a flash of lightning. During that period you can hear how the fireball consisting of the particles of the solar wind, approaches and then goes away. Based on the audio and visual data you can precisely calculate the line and direction of the rolling of the thunder wheel.

Just as if "the thundering sun god was driving his chariots over the tops of the clouds with flashes of lightning sparking from the chariot wheels"... 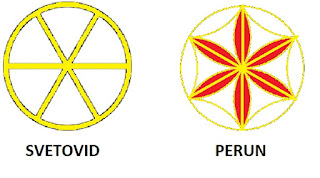 So the fiery wheels of Perun, the Thunder god, are actually burning sun wheels of Svetovid, the Sun god.  This is symbolic representation of now scientifically proven link between the sun and lightning.

And the same link between Thunder and Lightning (Perun) and Sun (Svetovid), is also represented by the character of Ilija the Thunderer, the Thundering Sun...The thundering sun god driving his chariots over the tops of the clouds with flashes of lightning sparking from the chariot wheels...
Posted by oldeuropeanculture at 13:07