A slogan, is a short and striking or memorable phrase used to quickly and effectively capture the attention of the audience.

It is used in advertising 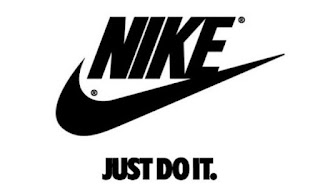 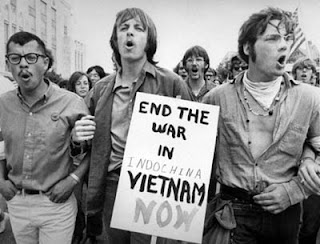 Slogan can be written but it can also be vocal. Please note that the people on the above picture are carrying a placard with a written slogan but they are also shouting slogans. And this is the original meaning of the word slogan: a short and striking or memorable phrase shouted by a group of people to describe their common cause.

If we look at the etymology of the word "slogan" in the online etymological dictionary we find this:

This is following picture is a scene from the movie Braveheart. In it, just before the main battle with the English, Mel Gibson, who plays the Scottish leader William Wallace, yells a battle cry: "Alba gu bràth" which in Scots Gaelic means "Scotland until judgment" or roughly "Scotland Forever". And all the Scottish warriors repeat it, to show to the enemy, and to each other, that they stand united and that they will fight united.

This unity, this readiness to fight together and for each other, is what transforms a group of people into a sluagh "army, host, slew".

Now the Irish word "sluagh" comes from Old Irish "slúag, slóg" meaning "army, host, throng, crowd, company, assembly". This word is then said to come from hypothetical Proto-Celtic "*slougos" meaning "troop, army", which is then said to have come from hypothetical Proto-Indo-European root "*slowgʰo-", "*slowgo-"  meaning "entourage". Now what is interesting about this proposed PIE root is that the only other words that come from this PIE root, apart from the Celtic ones, are Proto-Slavic "*sluga" meaning "servant", whose descendants are found in all Slavic languages, and Lithuanian "slaugà" meaning "servitude".

Again we see interesting connection between Celtic and Slavic languages....

But I believe that the connection is even more interesting.

What is it that turns a group of people into a troop, an army? The common cause that unites them. Original troops, armies were groups of family, clan, tribe members united together in order to protect the family, clan, tribe and its property. Or take over another family, clan, tribe's property. It was their unity, the readiness to fight together and for each other, that gave them their power. The mobilization of the people to join the family, clan, tribe army was done through shouting slogans. Like "For McLeods" or "Death to McLeods" depending on the situation :) Once the army was mobilized, the morale and unity of the troops was reinforced by shouting the same slogans that made them join the army in the first place. And just before and during the battle, the same slogans were shouted in order to show to further reinforce the morale of each member of the troop and show him that he is not a lonely individual, but a member of a united army which is fighting together. And also to show the same thing to the enemy. You have to deal with all of us, a united army...

Nothing really changed here since the beginning of time. People still most commonly fight for their families, their clans, their tribes, their nations, their countries....And it is the common cause, declared and reinforced through slogans, that motivates them to do so.

Unless they fight for money that is...But that is another sad story...

Now in Slavic languages the word for unity, the thing that turns a group of men into an army, and which is achieved through common motivation reinforced by the use of slogans, is "sloga"... :)

Could this word be somehow related to the Old Irish "slúag, slóg" meaning "army, host, throng, crowd, company, assembly"?
Posted by oldeuropeanculture at 10:18