Every day should be a bee day. This article is a collection of posts from my Twitter count about Slavic bee folklore.


People probably learned where and how to get the honey from bears. This can be seen from Slavic word for bear: "medved" = med + ved = honey + knowledge = "he who knows about honey, honey sage"... More honey related linguistic delicacies can be found in my post "Mmmmmmm" 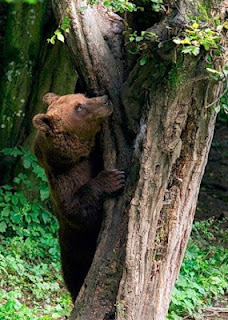 Traditional Slavic beehives are actually made from tree logs, which are hollowed and stood upright to resemble hollow trees. This is a great picture of old style log beehives in front of an old style wooden Church. Ukraine 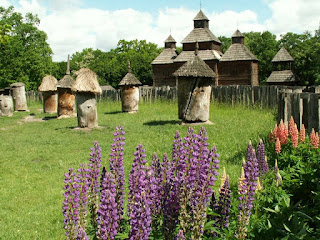 In the Balkans, Slavs believed that a new beekeeper must start with three beehives: one found (containing a wild swarm), one received as a present, and one stolen. This will ensure his success in beekeeping. It was considered a very bad luck to sell bees... 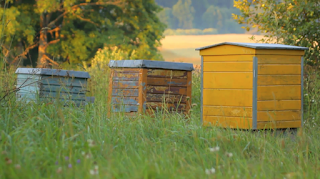 In Serbia (and other Slavic countries and Finland), horse skull was placed on top of beehives to protect bees from pests and diseases 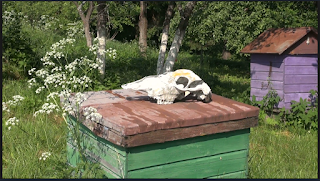 In Slavic countries when a beekeeper died, his neighbour would go to his beehives to inform the bees of their master's death, by hitting each beehive three times. People also believed that bees that belonged to the dead beekeeper would also soon die...This is why it was a practice to give bees away, to your son or to someone else before you die, to ensure bee colonies' prosperity.  Nikolai Bogatov, "A beekeeper" 1875 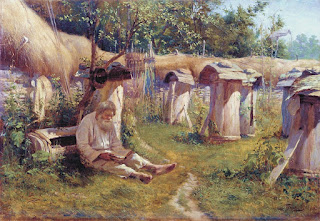 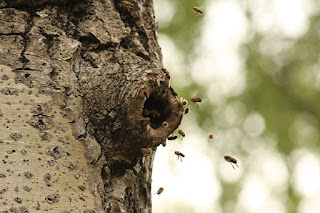 Slavs believed that bees were the purest beings and the only ones whose soul devil can't corrupt and that beehives are the only place where devil can't hide. But even if Devil would somehow manage to hide in a beehive, St Elijah would never strike the beehive with his lightning, not even to kill the Devil... 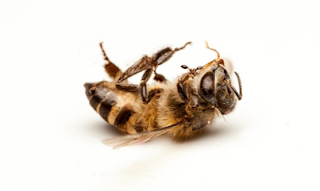 The reason for this could be that in some parts of Serbia people believed that the soul of the deceased migrated into a bee. So bees and humans had the same soul. 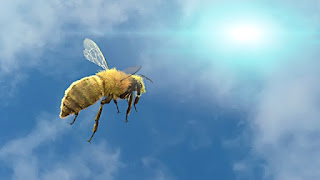 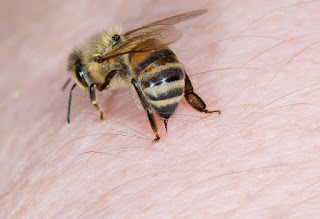 In Lika (Croatia), at Christmas people would fill a small wooden vessel used for scooping flour from storage with grains, and would stick three beeswax candles in the grain, one for dead, one for bees and one for grain 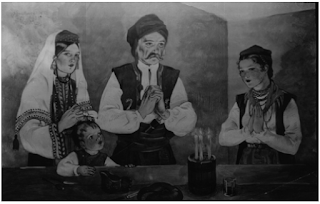 The first splinter made during the cutting of "Badnjak" (Serbian Yule log, a young oak tree) is collected and usually place next to beehives, to ensure fertility and prosperity. More about Yule log cutting related rituals and ceremonies can be found in my post "Badnjak" 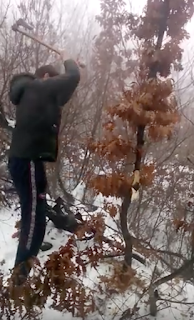 Another splinter was put into Christmas cake. Interestingly, part of the dough used to make Christmas cake (česnica) is smeared on beehives to ensure health and prosperity of the bees. 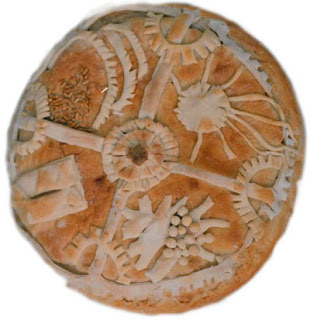 This shows that in Serbian tradition there is a clear link between grains and bees. This link is confirmed by this next custom.

The central pole from the threshing floor is in Serbian called "stožer". 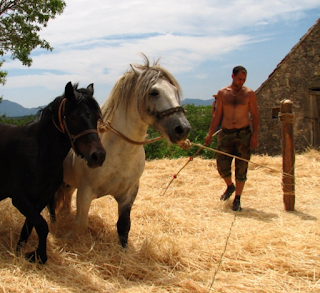 This pole is treated as the seat of Grain God. Sacrifices and offerings are made to it during threshing season as well as during New Year (Winter solstice) season. 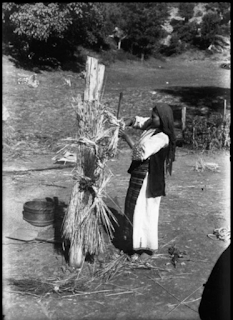 When stožer needs to be replaced, it is not thrown away. It is stuck among the beehives to insure there prosperity.  You can read more about threshing flors in my post "God's threshing floor".

In the end here are two most important beliefs recorded among Serbs from Serbia and the people of Polesye who have a legend that they came from Serbia. 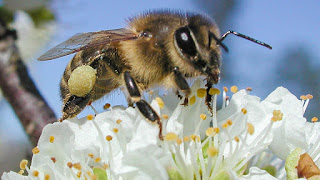 In Polesye, area along Belarus and Ukraine border, there is a belief that God created bees "to live til the end of the world" and that "when all bees die, the world will end"... You can read more about people from Polesye and their curious origin story in my post "David Gorodkov Turov style" 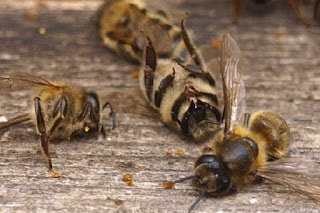 The bees are dying...
Posted by oldeuropeanculture at 15:05