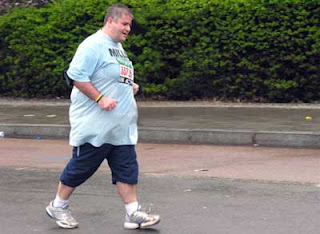 In Serbian and Croatian we have adjective "trom" which means:

It is implied that the slowness and sluggishness comes from heaviness. The word has an opposite meaning to words meaning springiness, lightness of movement, lightness.


In Makedonian we have word "tromav" which means cumbersome, clumsu.

This word is, as far as i am aware, found only in these South Slavic languages.

And in Celtic languages.

Where does the Serbian word comes from then?