Here is another "seal with a narrative scene", one of many made by people of the Indus Valley civilisation between 2200BC and 1900BC. The problem is, no one has a clue what the "narrative" is about. So let's see if I can shed any light on this mysterious "narrative scene" 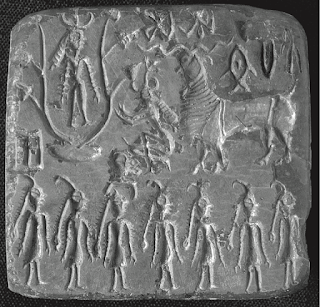 This seal is rom Mohenjo-daro. The description of the scene is: "The horned image is standing amid a sacred fig or pipal tree, and a second horned image is kneeling in front of the tree, presenting an offering of a human head on a short stool"...

The interpretation of the scene is: "The standing figure is probably a deity while the kneeling figure could be a shaman or devotee"...Nothing about the tree, nothing abut the animal, nothing about the weird marching impish figures...No wonder we have no idea what's going on here 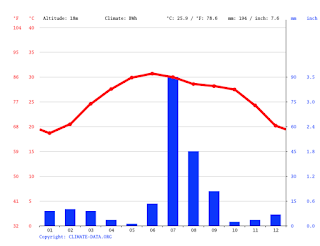 So let's have a look at the seal, and check if the tree, the animal and the imps have anything to do with the grain farming agricultural year...(Spoiler: they all do)

The tree is the "sacred fig". 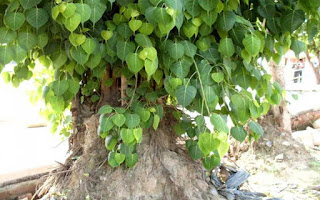 It flowers in Nov-Dec (during grain sowing) it's leaves fall off in Mar-Apr and regrow in Apri-May (during grain harvest) and the fruit ripens in May-Jun (beginning of monsoon)...Interesting... 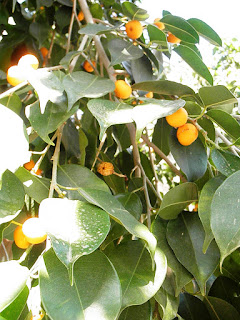 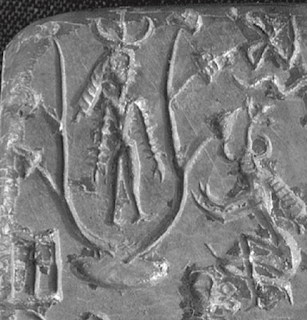 I don't know. But there is another deity which was depicted standing in a tree, growing out of a tree, being the tree at the same time. And not just any tree. Fig tree.

This deity was Egyptian Hathor. The goddess with cow horns... 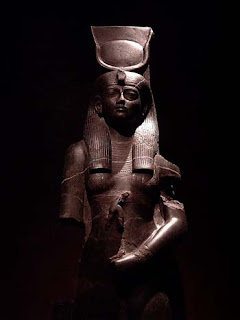 The goddess with cow horns...Just like the goddess on the Indus Valley seal...
Hathor, whose sacred tree was Sycamore fig. 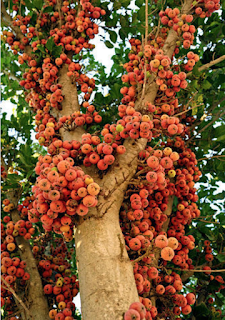 And who was actually identified with the fig tree itself. 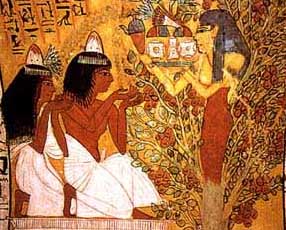 Why? Well, "no one knows"...I think because the Sycamore fig harvest coincided with beginning of Monsoon in Egypt... I talked about this in my post "Holy cow"...

Ok...So what about the animal? 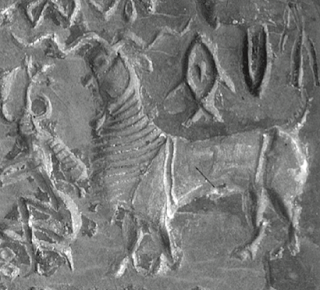 Well originally I thought that this was a Markhor goat. 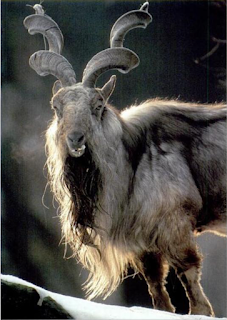 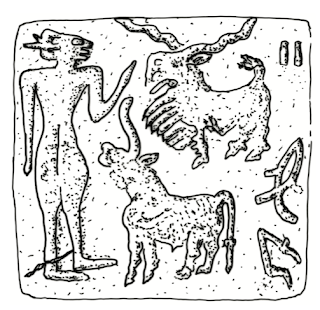 In "Conservation and status of markhor (capra falconeri) in the northen parts of north west frontier province, Pakistan" we can read that Markhor goats mating season in Indus Valley is Oct-Dec. And that the baby goats are born Apr-Jun.

This would make a lot of sense from the animal calendar marker point of view. Oct/Nov is the beginning of the Rabi, dry season in Pakistan. And the time when grain is sown. And Apr/May is the end of the Rabi, dry season. And the time when grain is harvested. Just before the beginning of the monsoon...I talked about this in my post "Kharif and Rabi season".,..

But actually, it could be better than this...The animal on the seal could be a "mythical" composite animal.

Well, look at this:

In "Conservation and status of markhor (capra falconeri) in the northen parts of north west frontier province, Pakistan" we can read that Markhor goats mating season in Indus Valley is Oct-Dec.

On the "Wild life protection society of India" website page "The Indian Tiger - Quick Facts" we can read that "Although tigers mate and produce cubs throughout the year in India, peak breeding activity is in winter and early summer." Now in India, the seasons are as follows:

Summer or pre-monsoon season: March to May.

Which means that Indian tigers mate between December and March 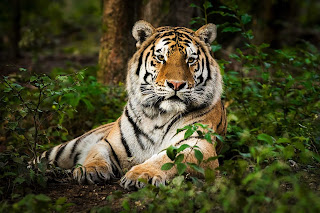 In the "Social and Reproductive Behaviour of Great Indian One-horned Rhino, Rhinoceros unicornis in Dudhwa National Park, U.P., India" we can read that "Indian rhinos prefer to breed between the months of March to June" 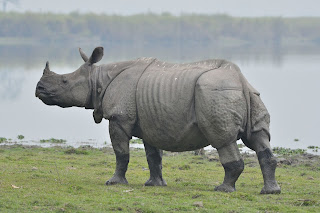 And Apr-May is the time when Eurasian wild cattle, Aurochs, started calving. These guys...I talked about this in my post "Ram and bull"... 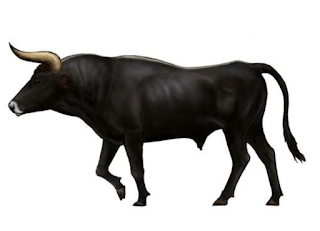 Also depicted on Indus Valley seals...You can see why I am not sure about necks bodies and legs... 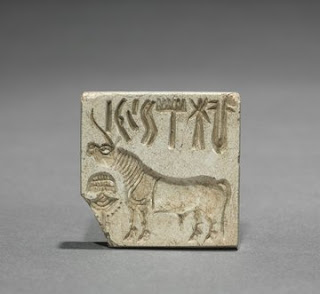 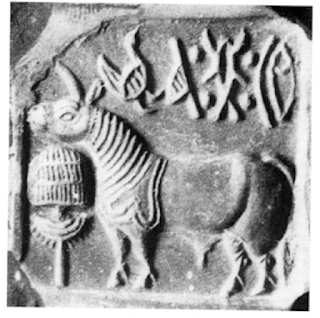 So if we put all these animals, and the beginnings of their mating or birthing periods, together we get our mythical animal:

Do we have any other indication on the seal that this could be right? Well yes. So what about the imps?

Now what's the story with the so called "bangles" worn by the imps and the deity? Are they bangles at all?

Or are they stylised grain bristles?

You know what else can be represented by 7 grain imps with what looks like crescent moons coming out of their heads?

The time between the sowing and harvesting of grain. Oct/Nov - Apr/May...

So these could be these 7 grain growing months??? It all fits...

During which time you open 7 sealed grain storage pithos jars... 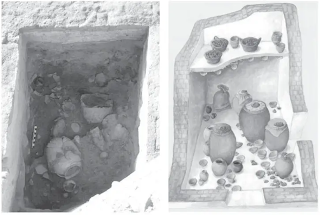 All marking the grain sowing and grain harvest + monsoon

All on one seal, all neatly arranged into a "narrative scene", whose narrative we can hopefully now understand a bit better. What do you think?