In the past people in the Balkans considered swallows to be "domestic" animals as no cowshed could be seen without at least one swallows nest. In the spring people used to say "Our swallows came back" and considered an empty nest to be a bad omen 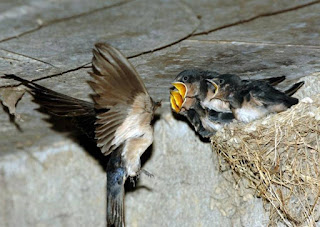 A common belief among Slavs was that swallows were "blessed birds". Killing them or destroying their nest was believed to be a terrible sin and the perpetrator would be "thrice cursed".

They are believed to be Mary's birds. Mother Mary is among Slavs a common replacement for Mother Earth. Arrival and departure of swallows mark the beginning and end of the "fertile earth" period (spring-summer-autumn)..."Your mother will die if you kill a swallow"... 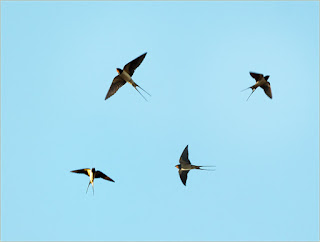 Slavs believed that swallows protected the cattle. Killing a swallow would make cows give blood instead of milk...Swallows do actually protect the cattle by eating the horse flies who attack the cows and suck their blood... 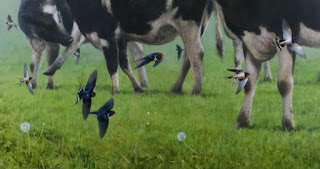 In Russia people used to bake special swallows shaped cakes when the first swallows appears in the spring to welcome them. In Hungary, kids used to clean swallows nests on Good Friday and place a bit of cake in each one as an offering to the birds...

South Slavs believed that Swallows nest under a house roof protected the house against lightning. If you destroyed the nest, angry swallows would bring hot coals in their beaks and burn your house down...Pic: old Serbian house from the Balkans 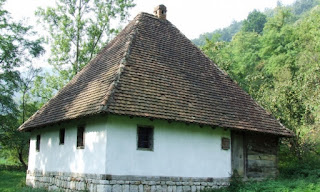 There is a Serbian legend that once there were three suns, but a dragon ate two. He would have eaten all three, if it wasn't for a swallow which hid the third sun, our sun, under its wing...You can read more about it in my post "Three suns". 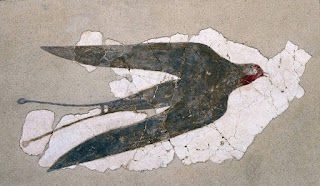 A very interesting thing (to me 🙂) about swallow is its name in Slavic languages "lasta". Why? Because in Gaelic (Irish) the word "lasta" means "to move at high speed", just like swallows do...I wrote about it in my post "Lasta".

Slavs believed that Swallows, like all the other migrating birds, spent winter in "Iriy" Slavic paradise, "A green land full of cattle which lay in the west across the sea". You can read more about it in my post "Iriy". 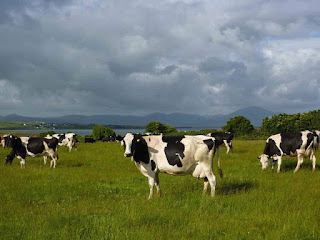 Poles, Ukrainians and Belorussians believed however that swallows spent winter in water. They dived into rivers and lakes in the autumn. In the spring, only young swallows emerged from the water, old swallows became frogs...Swallows drink water from rivers... 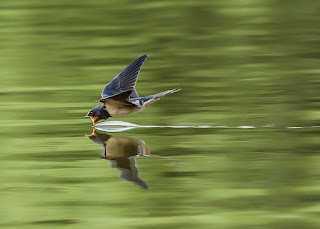 One South Slavic legend says that swallow "saved human race during the great flood" when it fought and defeated "the great snake". The snake bit the swallow by the tail and this is why swallow's tail is forked... 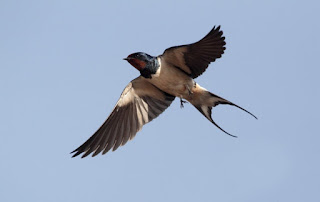 You can read more about the symbolism of migratory birds in my post "Leto". 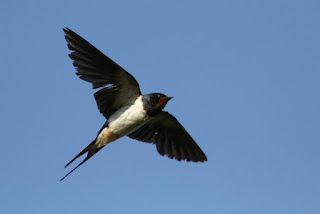 You can read more about the symbolism of snakes in my posts "The sunny part of the year", "Chimera", "You will trample the great lion and the serpent"... 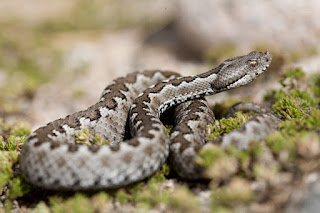 Bulgaria legend says that swallow became from a beautiful girl which married the Sun. While she was running away, her veil split, and this is why swallows have split tail. Every spring, when swallows return, Vesna, young earth, marries Jarilo, young sun. Young girls in Serbia taking part in Lazarica procession to mark the beginning of Summer. You can read more about this in my post "Flower girls". 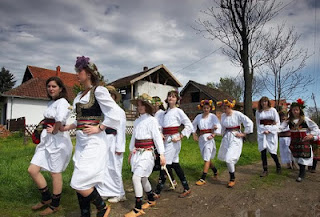 Serbian and Macedonian legend say that this is how swallow was made. This legend is full of solar cult references. 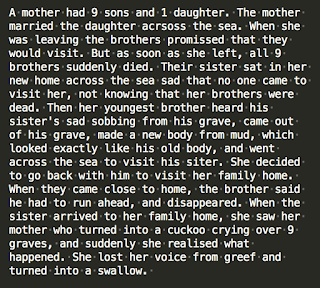 Here is the explanation:

Swallows spend the winter in Iriy (Slavic paradise) which was imagined as the "Green land across the sea". When swallows depart for Iriy the sun dominated part of the year is over. The winter starts.

Swallows go to Iriy with Jarilo (Young Sun) whose name means "The bright burning one". He is the representation of the sun's heat.  Jarilo is "The youngest sun" of Perun, the Slavic sky god. Every spring, when sun's heat warms the earth, swallows return from "Iriy". The old "Leto" (summer, year, sunny, warm part of the year, 9 sunny months) begins.

This is why Serbs call swallow "key barer". In folk poetry it is said that in the spring it brings the "golden key" from "across the sea" (Iriy, Paradise) with which it unlocks the summer and lock the winte