This is Holy Trinity Church, St Austell is a parish church in the Church of England in St Austell, Cornwall. 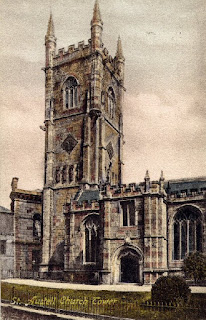 The church was originally dedicated to St Austol, a Breton saint associated with St Meven, but is now dedicated to the Holy Trinity. By 1150 it had been appropriated to the Priory of Tywardreath by the Cardinhams: this continued until 1535. There was originally a Norman church here, of which some remains may be seen. The present church is of the 15th century. The church was restored in 1872 by George Edmund Street.

One of the the remains from the original Norman church is this baptismal font. It is richly decorated with four faces one at each corner, a tree of life, dragons, lions and birds. 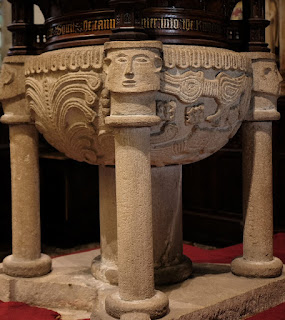 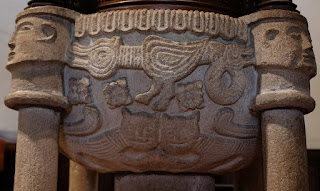 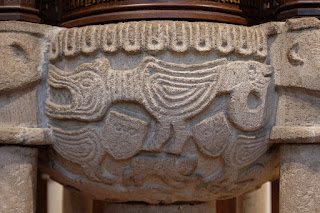 ‏The reason why this font is so strange is that none of the symbols carved into it makes no sense from the Christian point of view.

This is because these are not Christian symbols 🙂

What is very interesting is that ALL the symbols have a very specific meaning in Slavic mythology.

In my post "Three suns" I talked about the symbolic link between Snakes and the light and heat of the sun. This link was clearly preserved in Slavic mythology. Snakes come out of hibernation just before the the Spring Equinox. Snakes go back to hibernation just after the Autumn Equinox. So snakes are out during the period between Spring and Autumn Equinoxes, during the brightest and hottest part of the year. Slavs believed that once out, snakes constantly "suck the heat out of the sun" and that this is why sun eventually looses it's light and heat and days get shorter and shorter and colder and colder. 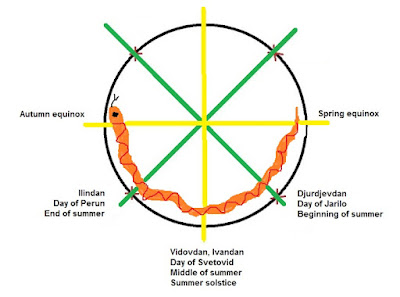 In Slavic languages the word for dragon "zmaj" is the masculine form of the word for snake "zmija". In Slavic mythology dragon is believed to be an "old male snake"...

The sun's heat is "young" week and beneficial at the end of spring, just before the summer starts. The sun's heat is "old" strong and destructive at the end of summer, just before the autumn starts. This is why Dragon, a heavenly being that breaths fire, the old male snake, represents the burning heat of the Late Summer, Early Autumn, the "old sun", the sun which is threatening to turn everything into cinder. 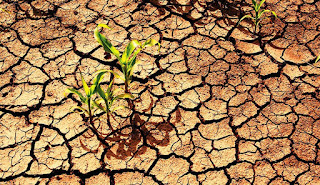 In Slavic Pre-Christian religion this dragon was Veles, the great horned snake, who "Stole heavenly cows from Perun". Basically he is the late summer heat which dries the land and the sky and causes draughts. You can read more about this in my post "Lion killing Snake" and my post "Two crosses".

Veles (the summer heat) gets killed by Perun (autumn thunderstorms) at the moment when he is the most powerful: on the 2nd of August (the end of summer, beginning of autumn according to Serbian calendar). The day is celebrated in Serbia as Perun day or St Elijah the thunderer day. This happens in the middle of Leo zodiac sign. hence  two lions facing each other to symbolise "the middle of Leo". You can read more about this in my post "Thundering sun god".

Every year, during spring, which is in Serbian called "proleće", which can mean both "before summer" and "flying by, migrating", migratory birds arrive back home, signalling the end of the cold part of the year and the beginning of the warm part of the year. 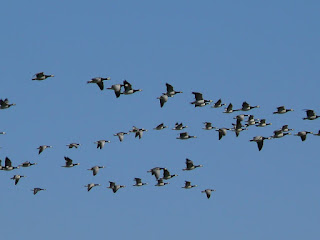 Equally the end of the warm period of the year, which normally coincides with the end of October, the end of the climatic end of autumn, is signaled by the flight of the migratory birds, this time in the opposite direction, flying away to their wintering sites. 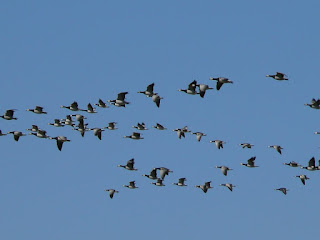 In the old Serbian calendar, year only had two parts: the warm, white part, summer (6th of May to 5th of November), and cold, dark part, winter (6th of November, 5th of May).

Hence two birds facing each other, to symbolise the summer, the period between arrival and departure of the migrating birds.

The Slavic sun god was Svetovid, who was represented with four heads looking in opposite directions. Svetovid (the all seeing, or the one who gives sight, who allows us to see the world). It is Svetovid (The Sun) who rules during the white (hot) part of the year. Hence four heads.

This is one of four Svetovid wood figures with four faces from 9th or 10th century used for home worship, Wolin, Pomerania (today Poland).

I talked about the meaning of his name in my post "The horseman".


In my post "Two crosses" I talked about the division of the solar year using solar cross (solstices and equinoxes) and earth cross (quarter days). The second solar year devision is at the core of the Celtic and Serbian calendar. 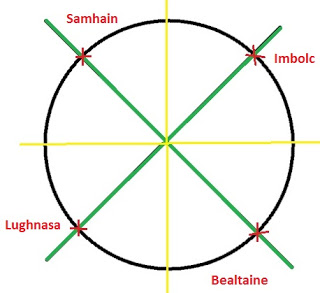 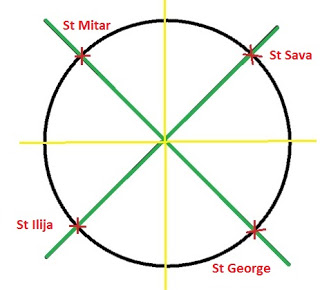 All together the symbols on the St Austell font create the full representation of a very specific point on the solar year: Lughnasadh, St Elijah the Thunderer day, Perun's day. The beginning of Autumn (Harvest). It is the moment when Dragon gets killed in the middle of Leo, in the middle of the period between the arrival and the departure of the migrating birds....

Not something you would expect 🙂 to find on a Norman font...

But then, Normans were eventual product of Danish, Norse and Slavic mix. So who knows, maybe this is how all of this somehow ended up in the Norman churches...Who knows...

O and just so you don't think that I am over-interpreting random bunch of decorative motifs  only present on one isolated Norman font made by a stoned stone mason 🙂.

Here is another font with the same decorations, this one from the St Sampson church at South Hill, Cornwall (pics by Richard Jewell) 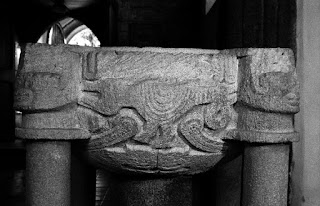 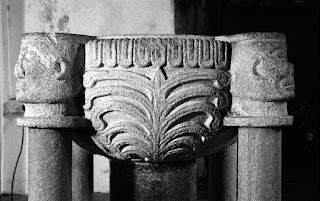 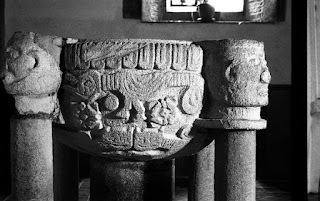 And here is another one which is even better. This is the font form the St Cyriacus and St Julitta church at Luxulyan Cornwall. Pics by Roy Reed 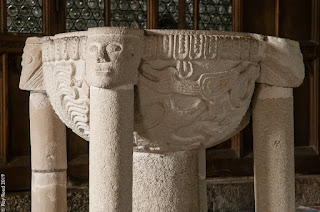 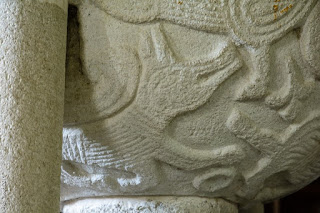 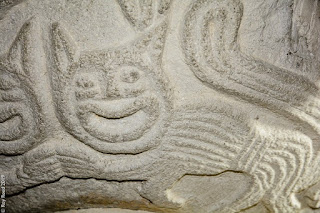 The court heads, tree of life, dragons and lions are still there. But now we have dogs instead of birds. The point on the solar year that both of these fonts represent: 2nd of August, Lughnasadh, St Elijah the Thunderer day, Perun day,  The beginning of Autumn (Harvest), the period of the maximum sun's heat, is also known as dog days...