Church on a threshing floor 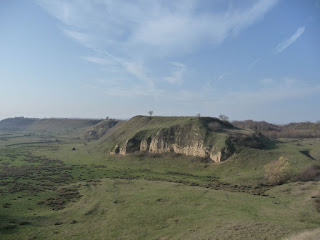 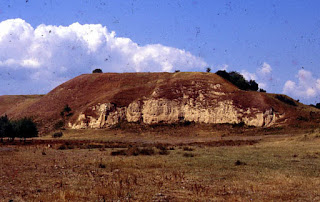 Originally it was thought that the name Židovar comes from Židov (Jew) making Židovar the place of the Jews.

However recent archaeological excavation results point at another possible etymology. It turns out that the top of the hill was used as "gumno" (a threshing floor). 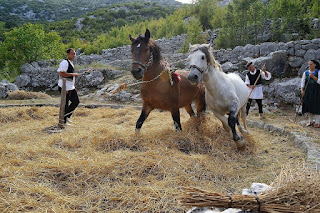 Threshing floor is the place where wheat (žito in Serbian) is threshed. Threshing is the process of separating the stalks of hay from the mixture of grains and scaly husks. Hay is put into haystacks and the grain and chaff mixture is then separated through process of winnowing. Threshing is the last part of the harvest (žetva in Serbian). So Židovar could actually be corruption of Žitovar, (the place of grain) or Žetvar (the place of harvest, threshing floor).

At its heyday, during the period between the 3rd and 1st century BC, a Celtic oppidium stood on top of the hill protected with walls and ditches. This was the period when Scordisci federation ruled much of the today's Serbia.

During the excavations of the youngest archaeological layers in Židovar conducted in 1990's, archaeologists discovered a hoard of jewellery. 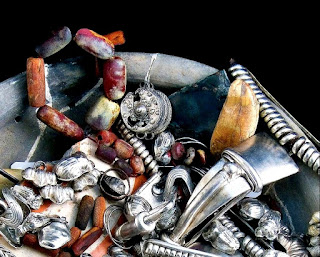 The hoard consisted of: 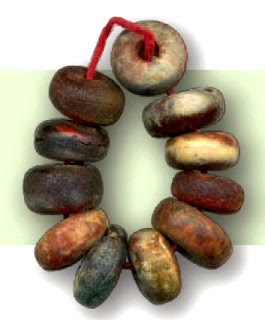 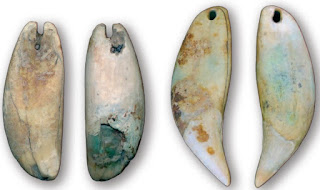 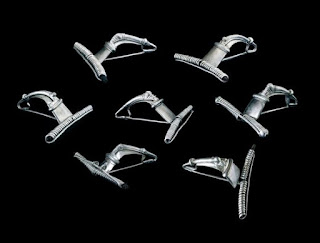 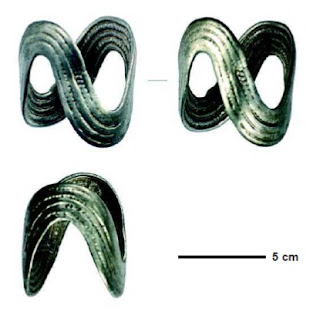 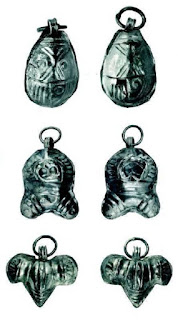 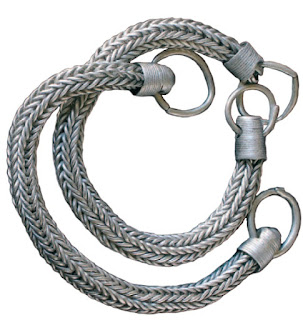 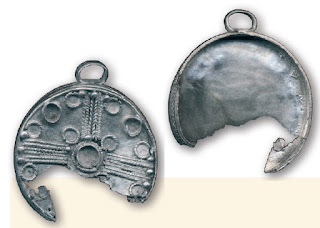 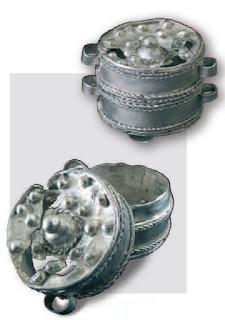 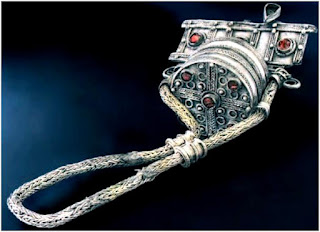 All this jewellery was identified as Celtic.

Some of the the items are indeed undoubtedly Celtic, like fibulae and silver pendants.  But there is a question mark over the identification of other items as Celtic. For instance what makes amber beads and bear teeth pendants Celtic? Or for instance the rings? What makes these rings Celtic? Or the razors? What makes a razor Celtic? Even bigger question mark is over the identification of the silver boxes as Celtic.  Archaeologists interpreted this cross as a Celtic solar cross dedicated to Taranis and classified them as Celtic jewellery boxes.  But there is no such thing as Celtic cross. There is of course Taranis wheel and examples of this votive wheel were found in the Balkan Celtic settlements. Like this one: 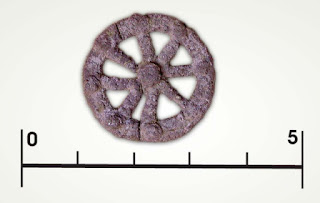 So if these silver boxes were not made by Celts then who made them, when, and why do they have cross on their tops?

One of the people who questioned the identification of these boxes as Celtic was Professor Dr Đorđe Janković from Belgrade University, who died in 2016. He argued that although most of the objects from the hoard were indeed made by Celts some time during 2nd - 1st century BC, the silver boxes, were made much later, during the 1st century AD.

And he suggested that the correct dating of these silver boxes is crucially important for understanding the true importance of the Zidovar archaeological site.

As you can see from the above pictures, the silver boxes were all the same: round with a filigree cross on the top. Two boxes were found intact. And inside of one of the boxes, archaeologists found something very surprising: two bronze rings, one smaller than the other. 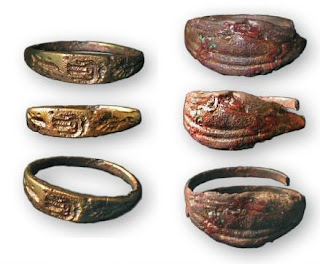 Most people ignored this find. But some asked this question: why would someone use such an expensive beautifully decorated silver box to store two plain cheep bronze rings? It made no sense unless these rings had some other, non material value.

And then someone looked at the rings closer and saw they had three symbols engraved on them: fish, good shepherd and palm branch!

Professor Dr Đorđe Janković argued that these symbols made absolutely no sense in Celtic world of the 2nd and 1st century BC. But they made a lot of sense in Christian world of the 1st century AD. These were all early Christian symbols. Which means that these were rings worn by Christians. And the fact that the rings were different sizes suggested that they were possibly wedding rings. A pair of Christian wedding rings, with Christian symbols, kept together in a silver jewellery box with a christian cross on it's top.

All the early churches were basically just private houses used for worship. Remember we are talking about the time before Christianity became official religion of the Roman Empire. Like the officially oldest discovered Christian church "the Dura-Europos church". In the Wiki article about the oldest church in the world we can read this: "The Dura-Europos church (also known as the Dura-Europos house church) is the earliest identified Christian house church. It is located in Dura-Europos in Syria. It is one of the earliest known Christian churches, and was apparently a normal domestic house converted for worship some time between 233 and 256..."

So it is perfectly possible that the building in which the Christian rings were found could have been a "private house used for Christian worship" or early church.

And that would make Židovar one of the most important archaeological sites in the world...

Interesting don't you think?
Posted by oldeuropeanculture at 14:34