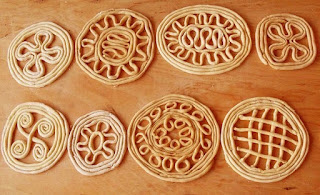 They were given to children who were supposed to look through them at the spring sun.

In Russia, spring equinox signals the imminent arrival of migratory birds. And it is these birds that bring Jarilo, young Sun god, from Irij, the land of the dead, where sun god spends winter.

Yarilo, the Slavic Young Sun god, painting by Russian artist Andrey Shishkin. The word "Yar" means young, green, spring, so Yarilo literally means "Young one" and "Green one". He is the original "Green man", the bringer of Spring... 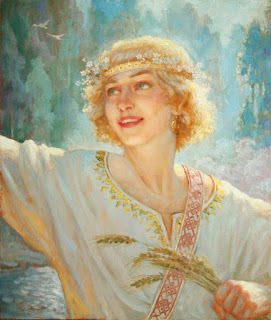 Jarilo's arival is, according to Russian legend, announced by the mad mating song and dance of the "sun bird" black grouse. 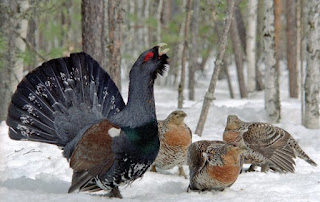 Proto-Slavic name for black grouse is "tetervь". According to the Russian sources, this is where the name for Spring Equinox cookies "Tetjorki" comes from. Тетёрка (pronounced tetjorka) literally means female grouse.

The equivalent in South Slavic tradition is partridge, whose mad mating song and dance announces the immanent arrival of Jarilo. 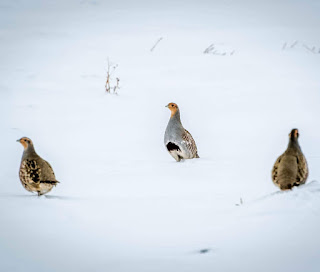 As a matter of fact, Serbian name for partridge "jarebica" literally means spring fucker :) from jar = spring and jebica = fucker, feminine.  I wrote about this in my post "Partridge".

What is very interesting is that "тетёрка" cookies come from Kargopol (Russian: Ка́ргополь), a town in Arkhangelsk Oblast, Russia. 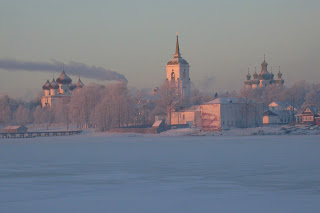 And according to "Symbolism of animals in Slavic folk tradition" by Aleksandar Gura, in Arkhangelsk region, where "тетёрка" cookies are made, the word "тетёрка" doesn't mean grouse but partridge....

Both female partridge and female grouse are symbol of fertility in Slavic tradition. They represent girl, bride and in mythological sense, Spring Earth, Spring Goddess Vesna.

This is one of the reasons why tetjorka cookies were also made as part of wedding rituals. They were made by the bride's mother and were given to groom's family as presents. 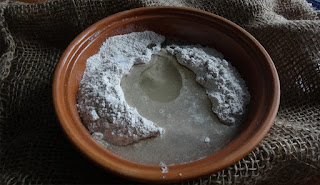 Kneed it until firm and hard 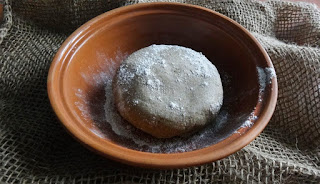 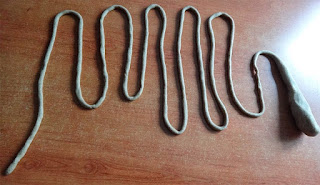 Wind the dough rightward, as the sun goes across the sky, starting from the centre outward. The cookie symbolises the sun and its effect on nature. 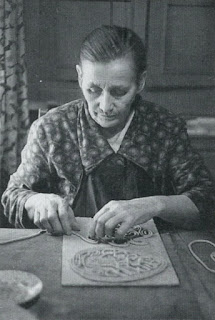 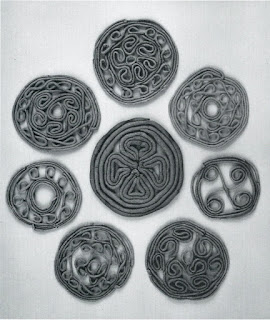 Brush the dough with oil and bake for 15-20 minutes at a temperature of 180 ° C. Turn to the other side and bake for another 5 minutes. 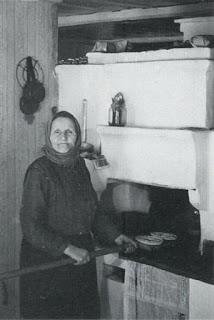 Tetjorki can be stored for about a year.

This video shows making of Tetjorki.
Posted by oldeuropeanculture at 10:40