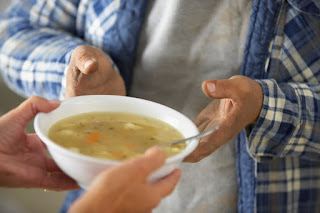 But today while browsing the Sumerian dictionary, as you would :) , I came across this: Sumerian: ISRUK = Gave (he gave) ISRUKAM = Gave (he gave to me)

I also found this word:

In Serbian when an "uneducated peasant" wants to give you something, especially whey he has to give it to you grudgingly, like for instance when he has to give you money, he will often say to you "na!" meaning "here you go", "here it is", "take it". The word "na" also means "to, at, of" so in South of Serbia "uneducated peasants" would say "podaj to na njega" meaning "give this to him".

Now the Slavic verb "dati" meaning "to give" comes from Indoeuropean root "deh₃-". But how many non Slavic languages have word "na" with the above meaning?

And what the hell are these words doing in Sumerian???

Any plausible explanation anyone?
Posted by oldeuropeanculture at 14:45