WTF. How did I not know about this???

Left, an incised figurine from Draguşeni, Cucuteni phase A (late 6th millennium BC)

Right,  a reconstruction of the pattern of body wrapping 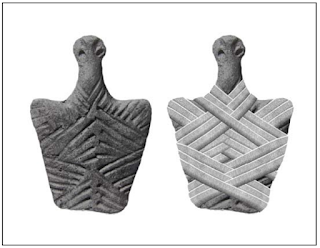 Right, reconstruction of the pattern of body wrapping 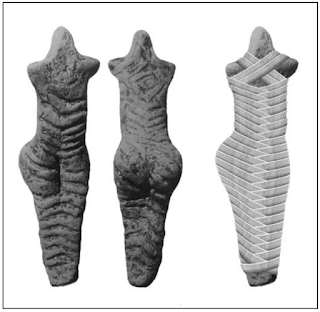 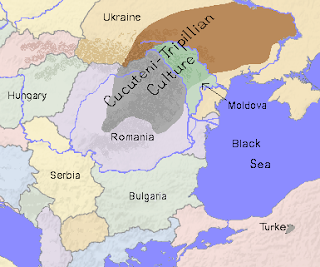 The above two pics of the figurines depicting bodies wrapped in bandages, are just some of the illustrations from the article "Ritual Technology: An Experimental Approach to Cucuteni-Tripolye Chalcolithic Figurines"

In it we read that:

An argument in favor of the funerary model was the unusual anatomical details of the human body: the emphasised shoulders, the absence of arms and the superposition of the legs (modeled as the twisted ends of the conical feet)...

All traits which can be observed on the mummified bodies or the skeletons enveloped in vegetal or textile bandages like those in the early Cernica Chalcolithic cemetery, dated to the Boian culture tradition (5th millennium BC). 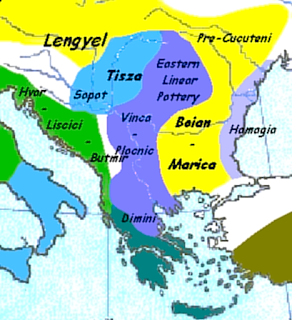 I couldn't find any article about this cemetery which mentions textile bandages...If anyone has any link to an article in any language that talks about it, please post it in the comment here...

Now these figurines of course look like Egyptian mummies... 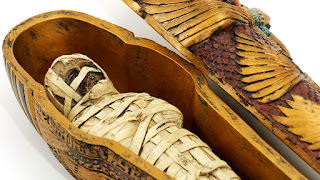 And the oldest Egyptian mummy which was embalmed and wrapped in bandages, is this one: 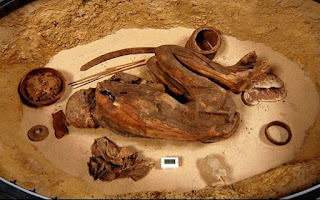 It dates to dates to 3700-3500 BC. It was discovered near the southern city of Gebelein in a cemetery belonging to the Pre Dynastic Naqada II culture...

This mummy, kept in the Turin museum, which was until recently thought to have been naturally mummified by the desert conditions, turned out to have been embalmed in natural resin and wrapped in linen...You can read more about it in this article on Live science...

Apparently, the mummification of the pharaohs started around 2800BC. It was an expensive process only available to the elite... So who was the above guy who was mummified 1000 years earlier in Gebelein?

Any link Between Balkans and Egypt here? Well maybe this article about "The sun on top of the Pyramid" might be interesting...Pic: Summer solstice sunrise over Treskavica hill, Balkans...People who lived under this hill moved from the Balkans to Sahara while it was still green... 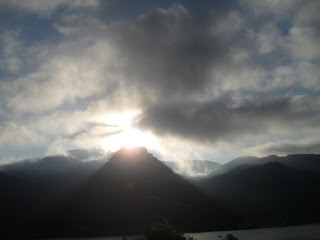