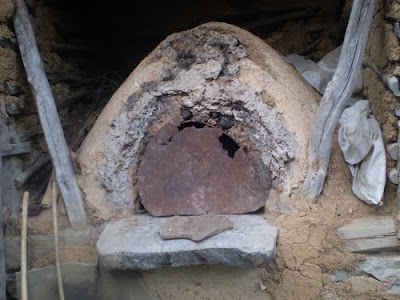 These types of bread ovens have been continuously used in Serbia since early Neolithic times. Identical ovens were found in the houses of the Vinča culture. 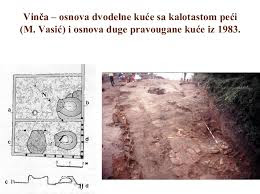 These old clay bred ovens really look like a heavily pregnant woman lying on her back with her legs spread about to give birth.

That the bread baking was often associated with pregnancy can be seen from the English phrase "To have a bun in the oven" which means "to be pregnant".

In Serbian tradition this similarity did not go unnoticed either, because another name for these ancient bread ovens is "baba".

The word baba in Serbian means firstly an old woman, grandmother but it used to mean also a mother, a wife or any woman that has kids or has anything to do with kids like midwife. In Serbian tradition, even the birth demons which decide the faith of the mother and the child are also called baba.

It is baba (married woman, mother) that carries the baby in her belly (the bread oven). Baby (bread) needs to spend just right amount of time in the belly (oven) of the baba (mother, oven) in order to grow and develop properly. It is baba (mother in law, or any other older woman who has previous experience with birth, later professional midwife, bread making) that deliver the baby (bread). 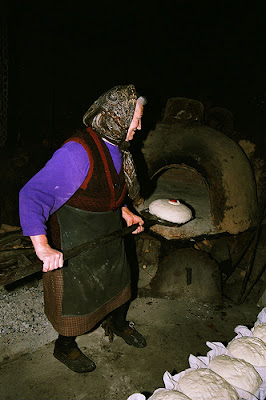