Bescherkind meaning Gift bringer in German, or Dzecetko meaning Child in Sorbian is a character from Sorbian (Baltic Serbian) folklore. 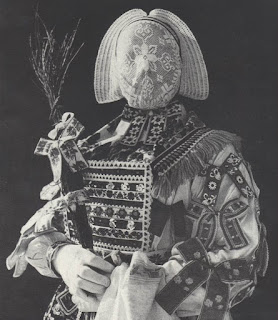 It is the oldest unmarried girl in the village, dressed up as a "bride". She is probably representing the young Spring Earth which brings presents of new crops, new food. She visits houses on last Wednesday before Christmas (originally probably on Winter Solstice day) accompanied by two or more girls dressed in traditional Sorbian dress, bringing good luck and sweets. 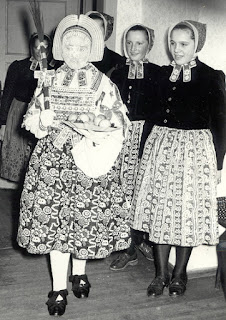 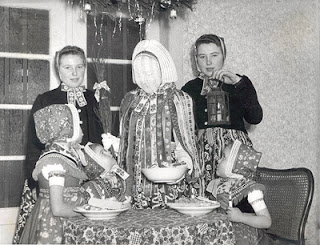 She carries a birch broom with which she strikes house and all the inhabitants "for good health". Slavs considered white slender birch sacred and associated it with spring, purity, natural beauty, and feminine qualities. Bescherkind also touches cheeks of all the children with her white gloves "for good luck". She never utters a word... 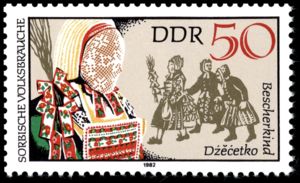