Entemena (around 2400 BC) was the king of Lagash who reestablished Lagash as a power in Sumer. During his reign, the finest example of metal engraving in Sumer, the silver vase of Entemena, was produced. 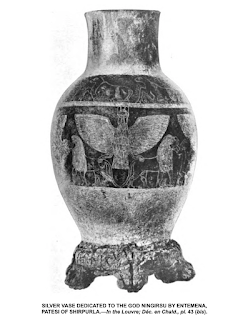 The vase was dedicated to the Storm God and the main deity of Lagash, Ningirsu. This is the translation of the inscription, form the great site "Somerian Shakespeare"

Remember, Ningirsu is the god who arrives on a lion headed dragon... 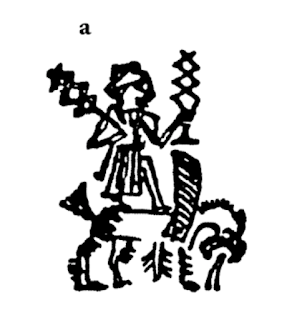 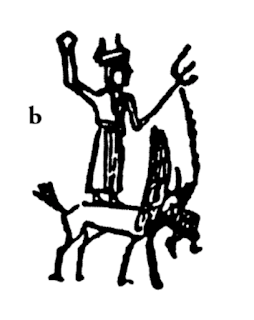 On dragons in Mesopotamia see
"The storm-god in the ancient near east" by Alberto R. W. Green
"The Dragon in Ancient Mesopotamia" by E. Douglas Van Buren 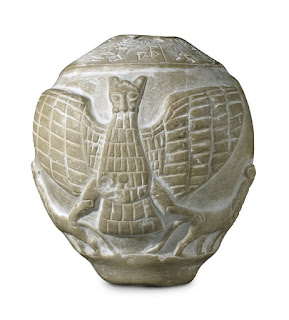 Now back to the silver vase. The top frieze is decorated with bulls.

Bull is always associated to the Storm God that arrives in August (Leo) to end the summer, which begins in May (Taurus).

But the bottom decoration is really, really, really 🙂 interesting. Here it is broken into three separate images, with explanation from "A History of Sumer and Akkad History of Babylonia vol. 1" by  Leonard William King 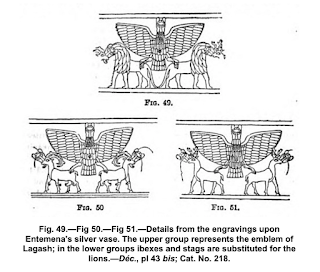 The explanation for the image is sooo lame. Why are lions, the symbols of Ningirsu, substituted for ibex and deer? Just another unanswered question then...To answer this question, we need to see what this bottom frieze actually looks like

We have, from right to left, deer, lion, ibex. Lion feasting on both. To understand why these animals are arranged like this, we need to look at biology of deer, lion and ibex species from Zagros Mountains and Mesopotamia.

The deer is Persian Fallow Deer. 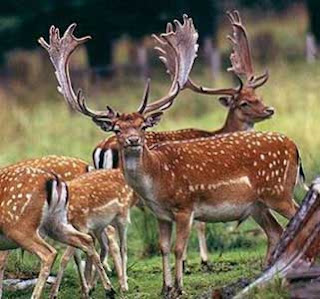 Its mating season starts in August, so the beginning of the Autumn symbolised by Leo, lion (because autumn starts in Leo)

The goat is Bezoar Ibex goat. 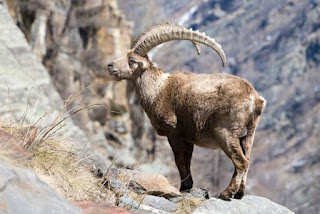 Its mating season starts in November, so at the end  of the Autumn symbolised by Leo, lion (because autumn starts in Leo)

The lion is Asiatic lion. 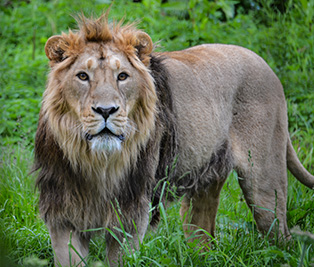 Its mating season starts in September, middle of the Autumn symbolised by Leo, lion (because autumn starts in Leo). It last until January, spanning the mating seasons of deer (August-September) and goat (November-January).

So the order of the animals in the frieze is not at all random...

Considering that all the other zodiac signs mark some major event linked with animal reproduction in Europe, I wonder if originally European lions, now extinct, had their mating season starting in August, and this is why Leo is where it is on the Zodiac circle (23rd of July - 22nd of August)??? 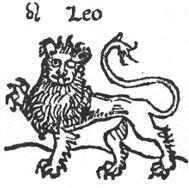