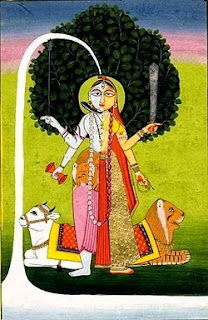 The Ardhanarishvara (Sanskrit: अर्धनारीश्वर) is a composite form of the Hindu deities Shiva and Parvati. Ardhanarishvara is depicted as half-male and half-female, equally split down the middle.

The earliest Ardhanarishvara images are dated to the Kushan period, starting from the first century CE (like this seriously cool one). Its iconography evolved and was perfected in the Gupta era.

So far so amazing. The Mother + Father = Life is kind of obvious...The Mother Earth + Father Sky = All Life is pretty easy to arrive to from there and we find this idea everywhere...

But I think that Ardhanarishvara has another, more specific meaning. Specific to India. And the clue to decipherment of this meaning is the fact that "the river Gagnes flows from the point where (or close to where) the Shiva and Parvati parts meet"...

Ganges is (currently) the most sacred river of Hinduism. It flows almost parallel to the Himalayas and empties into the Bay of Bengal. 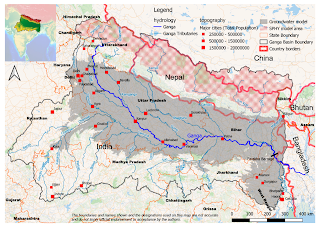 The hydrologic cycle in the Ganges basin is governed by the Monsoon. The monsoon is caused by the heating up of the Himalayas which starts at the end of April, beginning of May. The updraft this creates, starts sucking the moist Indian ocean air across India towards the mountains. 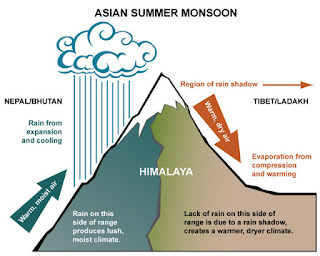 The precipitation this monsoon creates increases sharply starting in May. It peaks in at the end of July - beginning of August and then sharply decreases in October... 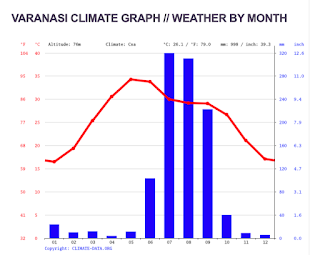 Consequently, streamflow in the Ganges is highly seasonal and it sharply increases from May, peaks in August and sharply decreases in October. 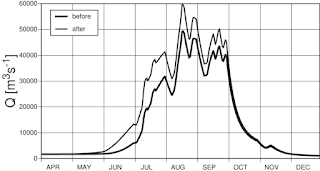 What does this have to do with Ardhanarishvara?

Ardhanarishvara is surrounded by the vahanas (vehicles) of Shiva (bull) and Parvati (lion)...As I explained in several of my previous articles about the roles of animals in Indian mythology, vahanas are animal solar calendar markers.

Each animal marks a particular period in the solar year during which an important, obvious, difficult to miss annual event from the animal's lifecycle took place. Like mating or birthing.

I talked about these animal (and plant) calendar markers in India in several of my articles. For instance: "Mahishasuramardini", "Kharif and Rabi season", "Fig with bulls".

These animal calendar markers are not just found in India. They are everywhere:

Anyway back to Ardhanarishvara.

Bull and lion have a special place among these animal calendar markers. They are one of Four Seasons animal markers, the other two being Goat and Ram. 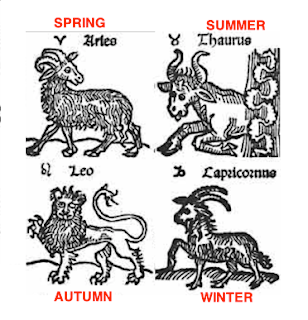 Bull is the symbol of summer. Summer which starts at the end of April beginning of May, in Taurus.

Lion is the symbol of autumn. Autumn which starts at the end of July beginning of August, Leo.

This is kind of cool, right?

Oh, and guess who is their only child? A little elephant god, Ganesha...I forgot to mention him when I was talking about Elephant symbolism in Indian mythology in my post "Musth"... Guess when the elephant mating season peaks? You guessed right...