These are traditional Irish "crios" belts. They were woven by hand using six different shades of brightly coloured wool, colours and patterns varying from weaver to weaver. 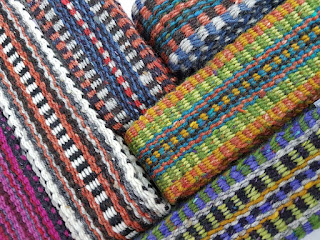 They were mostly worn by men, over the trousers, as it can be seen on this picture by David Shaw-Smyth. 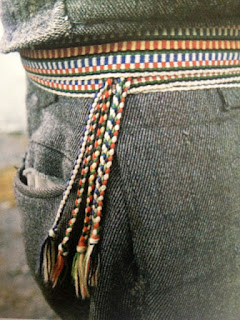 They were made by hand using a kind of rudimentary "loom". This is actually just a piece of wood to which warp (base woollen threads) are attached. The piece of wood is then placed under the weaver's feet. The warp is then pulled and kept stretched by left hand while the right hand is used to weave the weft (cross, pattern threads). This 1950's tourist poster for Arran islands shows a man wearing traditional local clothes making a crios belt using such loom. 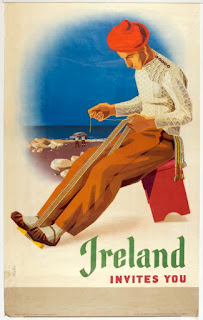 And this is "tkanica", traditional Serbian hand woven belt. The colours and patters vary greatly from village to village. See any similarity? 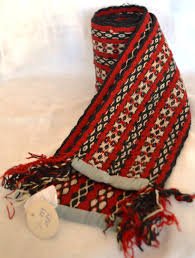 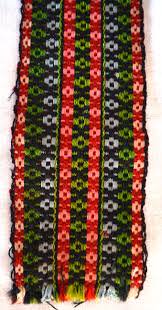 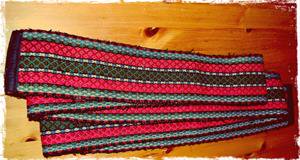 This is a very good picture showing tkanica belts worn by both men and women as part of Central Serbian traditional costume. 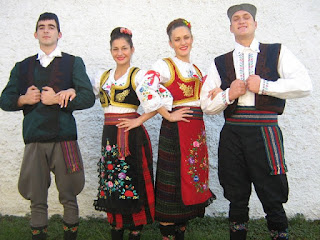 According to the ethnographic data, the belt had a practical purpose too. It was worn tight around the waist to protect the back and stomach from injuries (hernias) during heavy agricultural work. Maybe the Irish crios belts were worn for the same reason?

By the way these kind of woven belts are found in many other Slavic countries, not just Serbia. How common are they in Western Europe?