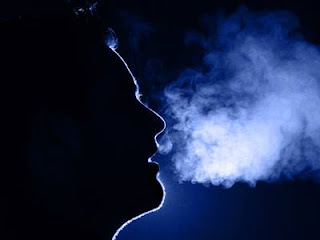 In Serbian the word for "life" is "život". This word comes from the root "živ" which means "alive".

These two words have their direct cognates in all Slavic languages, as well as Ancient Greek, Old Armenian, Baltic languages and Indo-Iranian languages:

Also consonants b,v,p,m also belong to the same group and can easily morph into each other depending on how your speech apparatus works.

So it is easy how the above words are cognates. Now here is the problem (at least for me):

Official etymology says that all these words come from these two PIE roots: "gʷeyh₃-" meaning "to live" and "gʷih₃wós" meaning "alive".

To me this doesn't make any sense. Why would all these "ži", "dji" words have a root that starts with "gw"? Well because of the Proto-Germanic *kwikwaz, from which English word quick was derived. The word "quick", which today means "speedy" once meant "mobile, alive". This word has direct cognates in all other Germanic languages. The root "gw" was coined so that Germanic words can somehow be linked with Indo-Iranian words. The thing is the Germanic "qw"ic can not be the root because it can be derived from "qiv"ik which can be derived from "djiv"ik...

Now have a look at this:

This word is actually derived from Linear B "za" symbol which is in the shape of the Egyptian ANKH which means "life".

This is very interesting as it shows the antiquity of the "z" root for the word for life.

But I believe that we have even more proof that the "ži", "dji" root is indeed the original root for the above cluster of words meaning life, living.

Let me ask you this question: What does it mean to be alive?

Some would say that to be alive means to have a soul still inhabiting your body. Interestingly, Hittite word "zi" meant "soul, spirit, seat of life, person"...

But at the most basic level, you are alive if you are breathing. I remember once when my kid was very sick, I used to come to his bedroom and stand over him while he was lying asleep, motionless, looking for signs that he was breathing in order to reashure myself that he was still alive.

So we could say that "breathing", or "breath" is at the root of life. And so does Genesis 2:7:

Then the LORD God formed man of dust from the ground, and breathed into his nostrils the breath of life; and man became a living being.

And here is a very interesting thing.

In traditional Chinese culture, "qi" or "chi", pronounced as something between these two transliterations very close to dj, and represented by logograph 氣, is believed to be a vital force forming part of any living thing. This Chinese word literally translates as "air" and figuratively as "material energy", "life force", or "energy flow".

The logograph 氣 also has a rare archaic reading "xì" which means "to present food".

You can see how this logograph ended up looking like air going through mouth and throat...

The secondary logograph,  mǐ 米 "rice" was added during the Han dynasty (206 BCE–220 CE). Official explanation is that this is supposed to indicate "steam (rising from rice as it cooks.)"??? I believe that the rice was added to breath to indicate that both of these substances are "life energy givers".

At the same time in Sumerian language we find this word:

Now this is very very interesting. Here we have two "unrelated" distant languages containing the word for "breath of life" which has the same root as the above Indoeuropean words for "life, living". And when are we alive? When we have the breath, energy of life within us. In Slavic languages the word for alive "živ" could be derived from "ži" + v = breath, energy of life + in, within. Or the above words for "breath of life" could be derived by not pronouncing the two main Indoeuropean words for living:

What is also very interesting is the link between the word for the breath, the energy of life and core food of the early farmers: grain, rice. We find this link in both Chinese and in Sumerian language.

We also find the same links in Ancient Greek:

σῖτος (sitos) - grain encompassing wheat and barley, the cereal grains used by the ancient Greeks, bread as opposed to meat, food as opposed to drink

Also in Sanskrit we find:

And we see the same link in Slavic languages

In Serbian the word for "life" is "život". This word comes from the root "živ" which means "alive".

živ - alive
život - life, stomach
zev - yawn (possibly related as yawning is breathing so it could be a remnant of the old meaning zi - breath)
žir - acorn (the original first starch food which predates grain. You can read more about human consumption of acorns through history in these posts). In the Balkans the word žir in the past actually meant all plant food. In Eastern Slavic languages, the word for acorn is "želud" which is interesting because in Serbian the word for stomach is "želudac". This word also has the same root as žir.
žito - grain

I think that this is amazing. But how could there possibly be a linguistic and cultural link between such far flung cultures? The answer is this: Eurasian steppe:

The Eurasian Steppe, also called the Great Steppe or the steppes, is the vast steppe ecoregion of Eurasia in the temperate grasslands, savannas, and shrublands biome. It stretches from Romania and Moldova through Ukraine, Russia, Kazakhstan, Xinjiang, and Mongolia to Manchuria, with one major exclave, the Pannonian steppe or Puszta, located mostly in Hungary.

The most important of them been Yamna culture.

The people of the Yamnaya culture were the likely result of admixture between eastern European hunter-gatherers (via whom they also descend from the Mal'ta-Buret' culture or other, closely related people) and a Near Eastern people, with some research identifying the latter as hunter-gatherers from the Caucasus or a similar people also related to Chalcolithic people from what is now Iran. Their material culture is very similar to the Afanasevo culture, their contemporaries in the Altai Mountains; furthermore, genetic tests have confirmed that the two groups are genetically indistinguishable.

And most importantly, the males in both of these cultures genetically belonged to R1a and R1b haplogroups, which have been the main carriers of the Indoeuropean culture and language. It is funny how this link between the genes and the language is now becoming something completely normal. But when I wrote this blog post suggesting the genetic background of the language groups I was almost crucified...

Yamna culture is also closely connected to later, Final Neolithic and Chalcolithic cultures which spread throughout Europe and Asia, especially the Corded Ware culture, but also the Bell Beaker culture as well as the peoples of the Sintashta, Andronovo, and Srubna cultures. In these groups, several aspects of the Yamna culture (e.g., horse-riding, burial styles, and to some extent the pastoralist economy) are present. Genetic studies have shown that all these cultures derive from Yamna culture.

As I already said, Yamna culture is identified with the late Proto-Indo-Europeans (PIE) in the Kurgan hypothesis of Marija Gimbutas. It is the strongest candidate for the homeland of the Proto-Indo-European language, along with the preceding Sredny Stog culture. Significantly, animal grave offerings were made (cattle, sheep, goats and horse), a feature associated with Proto-Indo-Europeans. The culture was predominantly nomadic, with some agriculture practiced near rivers and a few hillforts. Characteristic for the culture are the inhumations in pit graves under kurgans (tumuli). The dead bodies were placed in a supine position with bent knees and covered in ochre. Multiple graves have been found in these kurgans, often as later insertions. While the earliest evidence of horse domestication was found in Sredny Stog culture sites, the earliest remains of a wheeled cart were found in the "Storozhova mohyla" kurgan (Dnipro, Ukraine, excavated by Trenozhkin A.I.) associated with the Yamna culture.

It is the domestication of horses and the invention of wheeled carts that enabled the Indoeuropean people to quickly spread throughout a huge area or Eurasian steppe and the land around the steppe. It was the metal weapons which enabled the Indoeuropeans to become the absolute rulers of the steppe and to exert a huge political and cultural influence on all the lands lying to the south of the steppe: Mesopotamia, India, China.

And so this is how we can find these common words for "living", "life", "breath of life" and "core food, grain, rice, acorn" distributed across such a huge area and embedded into such diverse languages.

What do you think of this?
Posted by oldeuropeanculture at 14:39