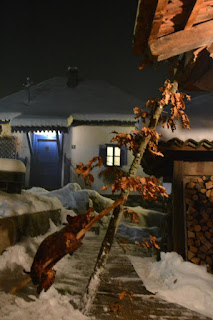 In Serbian ritual tradition there is a very specific rule which specifies which animal should be sacrificed for which religious holiday.

First have a look at this excerpt from "Indo European And The Indo Europeans A Reconstruction And Historical Analysis Of A Proto Language And A Proto Culture" by Th V Gamkrelidze:

Roman tradition preserves both the archaic religious function of the pig as a fertility symbol and its place in the hierarchy of sacrificial animals. The sequence of sacrificial animals in archaic Roman tradition was given by the formula su-oue-taurilia ‘pig-sheep-bull’, in order of increasing importance. In the text of Cato discussing the sacrifice of unweaned animals ( suouetaurilia lactentia ), the sequence is porcus-agnus-uitulus ‘piglet-lamb-calf. This sequence of sacred sacrificial animals must reflect the significance and relative weighting of each animal in the economy. Interestingly, an analogous enumeration of sacred sacrificial animals in Sanskrit tradition does not mention pigs at all; their place is taken by goats (Dumezil 1966:238, 530). It is important that in cultures with developed swineherding that is dominant over sheepherding (as in many ancient Indo-European cultures, in particular early Slavic culture), the pig stands before the sheep in such listings (for East Slavic fairytales see Ivanov and Toporov 1974:39).

It can be concluded that the Romans preserved the ancient Indo-European practice whereby pigs, although they had an important economic function, were nonetheless ranked last in the hierarchy of relative economic weight, behind horses, bulls, and sheep. Of the Indo-European cultures known to us from archeological data, the Scytho-Sarmatian tribes of the northern Black Sea area in the first millennium B.C. are among the groups in which pigs in fact are the least important element in the livestock (Calkin 1966:74).

This is the important bit:

The sequence of sacrificial animals in archaic Roman tradition was given by the formula su-oue-taurilia ‘pig-sheep-bull’, in order of increasing importance.


Second have a look at this diagram linking Serbian sacrificial animals to the stages of the Sun god marked on the Solar circle: 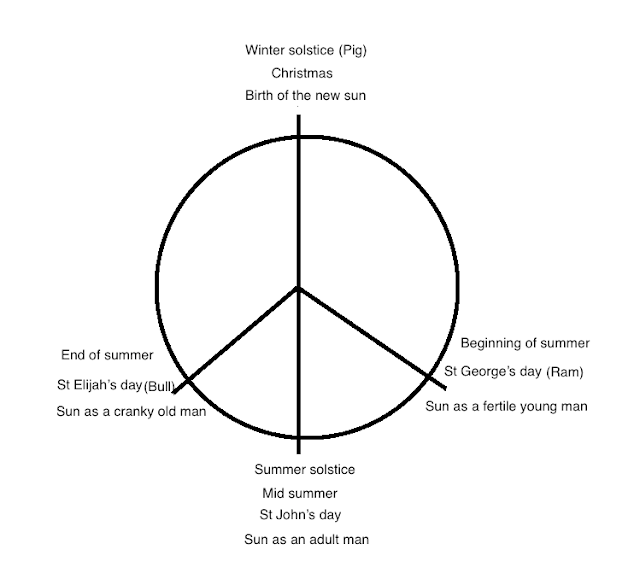 Now here is something even more interesting. In the above excerpt the second highlighted part says:

Interestingly, an analogous enumeration of sacred sacrificial animals in Sanskrit tradition does not mention pigs at all; their place is taken by goats

You can see how in Serbian tradition the order of the sacrificial animals is tightly tied to the solar wheel. Now have a look at this: 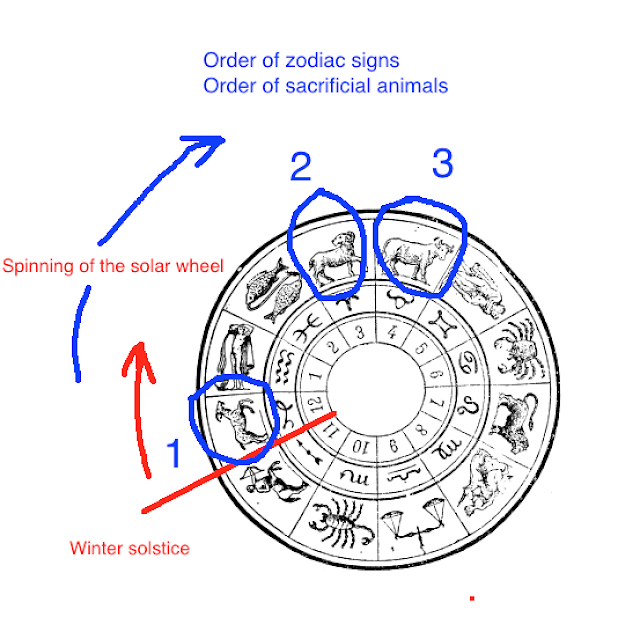 Goat marks the beginning of the solar year, Ram follows then Bull...